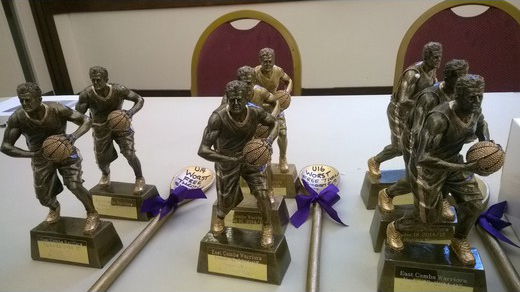 Ethan Scurrah, Matt Juden and Hayden Brown were the top winners, both winning two trophies each. A full list of award winners can be found below.

Head Coach Rob Knapper said “It was a great first season as the East Cambs Warriors, and the players have done themselves and the club proud. As we move onto next season, it gives those that did not win a trophy a target to aim for. We hope that as the players improve we will win more and more games and eventually add team trophies to the individual ones. Special mention goes to Ryan Maton, Matt Juden and Sam Green, who won the quiz. I set some tough questions this year. They received a tray of cupcakes made by the official cake supplier to the club Pat A Bakes”.