Launch of the Amazons 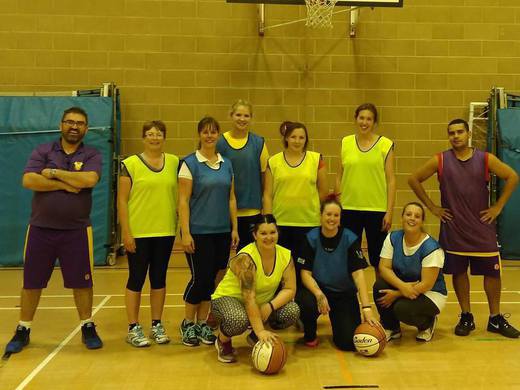 The newest team to join the Warrior Clan began officially on Monday 6th June 2016 in the Sports Hall at Witchford Village College.The Amazons are a female only basketball team aimed at ages from 14 and above.It has been set up with funding from Living Sport over a 3 year period and is a Satellite Club, and although run separately is part of the East Cambs Warriors Basketball Club.

The first session attracted 8 female players some of whom had played the game before and for the others, it was a new experience.The aim of the first year is to develop a playing and training base of members.From there it is hoped that the Amazons will then be able to play in friendly fixtures against other female/girls teams in and around the local area, before in the 3rd year of the project, being entered into and competing in a female basketball league.

Those participants that attended the first session were taken through some basic drills in footwork, dribbling, passing and shooting, ending the session with a game.

Head Coach of the East Cambs Warriors, Rob Knapper said “We hope that this will be a successful project, because at the moment that is what it is.Our aim is to get as many teenage girls and women involved in game.By making the session’s fun, our aim is to promote fitness, team building and self-confidence.Cambridgeshire as a county is lacking in not only female but girls basketball teams.

I was pleased with the first session and how it went.Out of the 8 that turned up, only couple of the ladies had played the game before, but that was when they were at school.We make the sessions fun and teach the participants new skills and for many a new sport. From the reaction that we got from those that took part, they seemed to have a good time.We have to remember that we are a new club and basketball has never really been offered the female population of East Cambs and Fenland.We hope that when they see that basketball is available, the club will continue to grow and we will attract more players”.