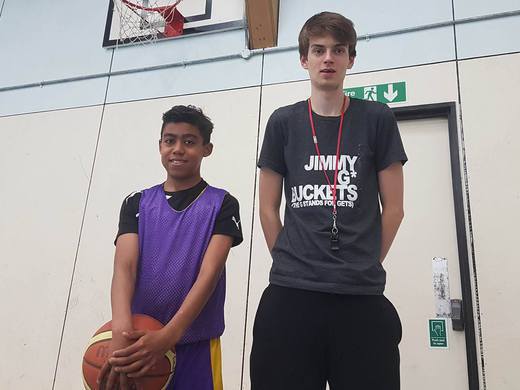 3 Warrior juniors have been selected to both the Norfolk and Cambridgeshire county teams at U13 and U17 level. Under 14 coach Hayden Brown was asked to be the assistant coach for the Under 13 Cambs team.

On Saturday 30th April 2016, East Cambs Warriors under 14 head coach, Hayden Brown, was the assistant coach for the Cambridgeshire under 13 team which took part in the Inter County tournament at Oaklands College, St Albans. The players were represented by Lucas Everett-Green who, although playing for the Warriors and being registered in Cambridgeshire, was selected to play for the Norfolk under 13 team at the same tournament. The tournament was a mixed set of results for our representatives, with the Cambridgeshire team making the semi-finals, where they lost to the eventual winners Essex 1. Unfortunately for Lucas and the Norfolk under 13 team, they did not win a game and therefore did not qualify for the knockout stages.

Two players from the under 18 and 16 team have been selected by the Cambridgeshire county coach, Peter Charlwood, to play for the Under 17 team. They are Max Watts and Alex Needham. Max has not been with the club long, having played most of his season with the Kings Lynn Fury. Alex is the Under 18 team vice-captain and has this season also played for the senior team.The Cambridgeshire Under 17 team compete in the Inter county tournament on Saturday 14th May 2016 at the University of East Anglia, Sports Park in Norwich.

Head coach for the East Cambs Warriors Rob Knapper said “We had in total 7 players attend the county trials. Out of those, 3 were selected to play for either Cambs or Norfolk. For them it was a good experience and a steep learning curve. They now understand what is required of them to get to this level, stay at this level and go onto the next level. I am really pleased for them but especially for Lucas. He has been at the club for just one season and we noticed that he was good when he turned up, but I don’t think he realised just how good he was.

Hayden only qualified as a Level 2 coach at the beginning of 2015 and has been earning his coaching spurs with the Under 14 team at the club.He was asked and accepted the assistant coach’s role for the county, where he gained valuable experience.

Alex Needham has been a player at the club since we began as Witchford Warriors. He has come on in leaps and bounds, from where he was when we first started to see him play now; is a great feeling. Max left us at the beginning of the season, but then decided to come back to us after much soul searching by him. I wish them both all the best for the tournament.

As a club this is tremendous for us.It gives the other players at the club something to aim for and also now that we have them, gears our junior coaching now towards the standards that are required not only by the regional coaches but that also of Basketball England.It gives now a clear progression for our juniors to think to themselves, I do want to take my game to the next level and I wonder how far I can go”.